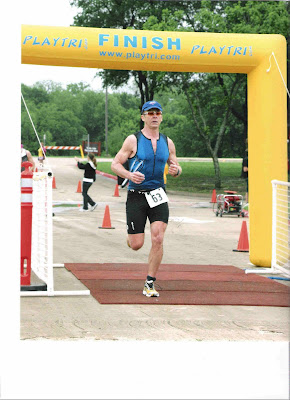 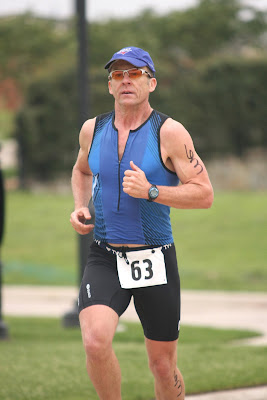 Last winter I entered Playtri's North Texas Triathlon Series. This series included 4 local sprint races for a very reasonable price. The second race in the series was the McKinney Kiwanis Triathlon. Due to severe weather the night before the bike/run course had to be modified slightly. There were several precautionary turns with the roads being wet and slick.
The volunteers and the Kiwanis folks were super friendly. My hats off to Staci (Brode) Zaher, the race director, for moving forward and working extremely hard.
I got to meet a couple of real nice fellas (James Brown / Michael Ramsey) in my age group after the race which was great.
The event was a lot of fun and one that I strongly recommend.
10th Overall / 1st AG (50-54)
Posted by Kelly Harris at 9:24 AM